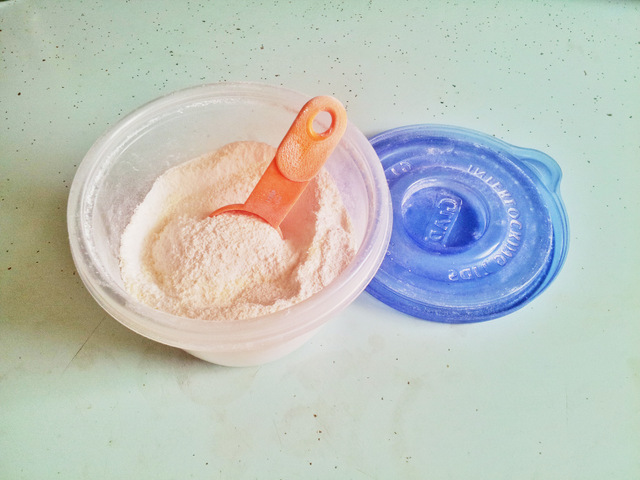 So we moved recently, and as is often the plague of the renter, we have found ourselves with a new pay-per-wash laundry situation. The washer in our building is your standard top loader, although its basin is slightly larger than standard. The way this washer is set up, you load it up with clothes and soap, close the lid, choose your settings, and hit start. Once you hit start the lid locks. And THEN the water starts. This means that you can’t start the water and put the soap in before loading, which allows you to start dissolving the powdered laundry detergent a little bit.

You may recall from my post on cloth diapers, that we’ve been using 1/4 cup liquid Dr. Bronner’s castile soap and 1/2 cup baking soda to do our wash. We used this combination successfully for 3 years at our last place. If you have a top loader where you can start dissolving the baking soda before loading all your clothes in, I totally recommend this as a detergent. The castile soap worked wonderfully for getting our clothes clean, and the baking soda softened the water and kept everything fresh smelling. And once you turn away from the heavily fragranced store-bought detergents, you’ll suddenly realize how overpowering those fragrances are.

However, with this new setup, without the ability to start dissolving the baking soda, we were finding baking soda deposits on all our laundry. It didn’t ruin anything, but white streaks on your dark clothes that are supposed to be clean is just no fun. So I decided to switch it up, and see if we could find a new homemade laundry detergent recipe that uses less baking soda. I was also interested in trying a detergent using bar soap instead of liquid soap, because the Dr. B’s bar soap is much cheaper than the liquid.

So after doing some googling, and reading some of our homesteading faves, I decided to try out a pretty simple recipe – washing soda and grated bar soap.

What is washing soda? you may ask. Well, it’s sodium carbonate – one less carbonate than sodium bicarbonate aka baking soda. And, you can make it pretty simply from baking soda. Washing soda is a good deodorizer and water softener, like baking soda, but it is also useful for stripping oil and wax. It is a bit of a harsher chemical than baking soda, so don’t ingest it and keep it out of little hands. Unless your a grown person with little hands… Use your best judgement. You can make washing soda by taking a few cups of baking soda, spreading them on a cookie sheet, and baking it in the oven at about 400 F for an hour. The heat causes a chemical reaction that releases water and carbon dioxide, turning your baking soda into washing soda. 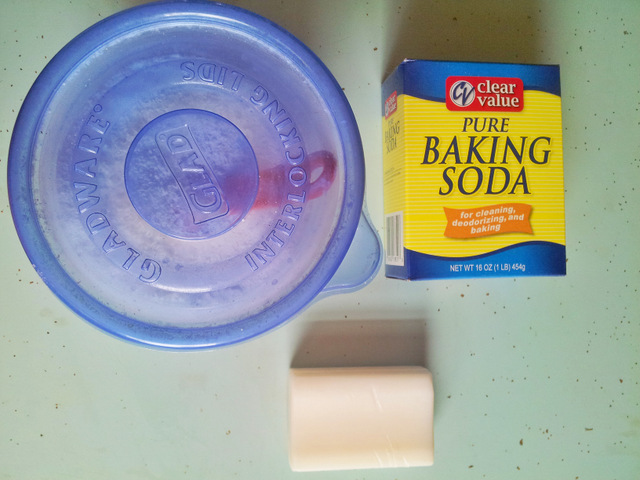 I’ve used this new homemade laundry detergent a handful of times already, and it’s passing the test so far. Our clothes are coming out clean and fresh, and no baking soda streaks! And it is definitely still powerful enough to get rid of the ammonia smell of wet diapers, even though I’m using so much less.