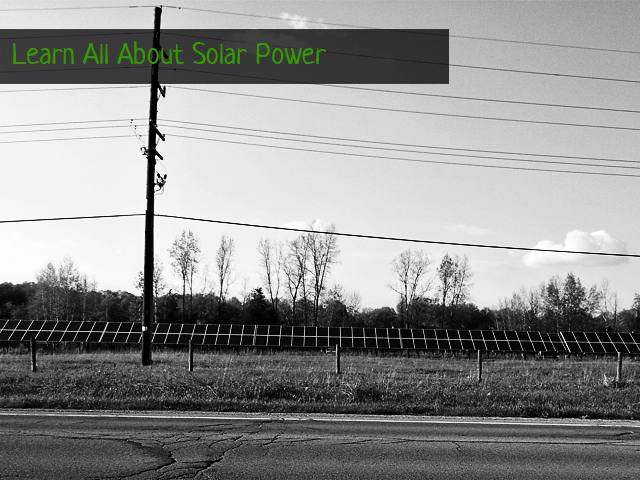 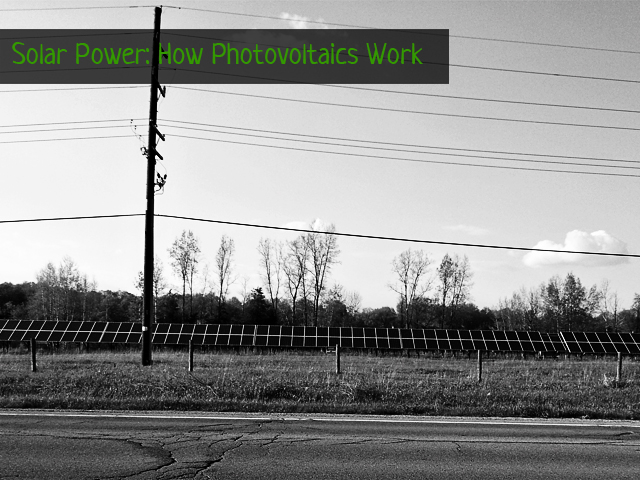 The trick is to get enough of those free electrons moving and to get them moving further.

Electrons move different distances depending on the energy in light that hits them. Light is composed of various wavelengths which which each have a different amount of energy. We see the wavelengths as different colors, electrons see the wavelengths as different distances to move. With solar power, we want to catch all the wavelengths of light, and we want it all to make the free electrons move. We also want the electrons to move as far as possible because this will produce the highest voltage. Using both low and high energy light is difficult, and so the structure of the semiconductor must be very well designed and controlled. As you might guess, this is a difficult and expensive process. Making even a slight increase in solar power efficiency represents a huge breakthrough in science.

If you’re interested in learning the more detailed science of solar cells, this article is a great place to start.

After writing my last post about how we are enrolled in DTE’s Green Currents program, I was curious about what sorts of programs other electric companies were offering in support of renewable energy and energy efficiency.  I found a list of the top 10 electric companies in terms of population served and looked into what each of them had to offer.  I thought I’d share the list here in case anyone out there is interested in putting some of their electricity dollars into renewables as well. 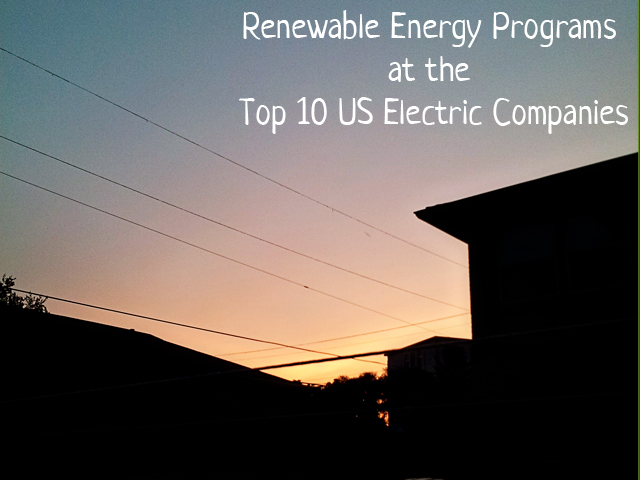 1. Pacific Gas and Electric – PG&E offers financial help to customers who want to install their own solar panels and allows you to sell extra electricity back to them.

2. Southern California Edison – SCE provides about 19.9% renewable power across the board.  They also provide rebates for evaporators (alternative to air conditioning), and give cash incentives for installing your own electric generating equipment.

3. Florida Power and Light – FPL has been installing smart meters across Florida since 2010.  Once your house has a smart meter you are able to pay a variable rate for your electricity, allowing you to pay less for off peak use.

5. Consolidated Edison – ConEd provides rebates for upgrading to more energy efficient appliances and has a time of use program that provides variable rates depending on when you use electricity.

6. Georgia Power – GP has Green Energy and Premium Green Energy programs similar to DTE’s Green Currents program.  Their customers pay a bit extra each much to get their electricity from biomass and solar power.  At least 50% of the electricity comes from solar.

9. Energy Future Holdings – TXU has a program called Energy Texas Choice 12 which allows customers to lock in a 12 month flat rate and buy 100% wind power.  They also have a program called Distributed Renewable Generation, where they will buy surplus energy from customers that produce their own electricity.

10. Xcel Energy – Xcel’s offerings vary based on state, but most states have a program called Windsource, which allows to pay extra to buy up to 100% wind power.  In Minnesota they also are looking to start a Solar Gardens program, which will allow groups of customers to go in on solar panel arrays together.

Our apartment is in an old building in midtown Detroit. I’m not exactly sure when it was built, but if I had to wager a guess I’d say probably 1920s or before. This guess is based on the fact that my dad’s house was built in the early 1900’s and there are a lot of similarities between our building and his house. 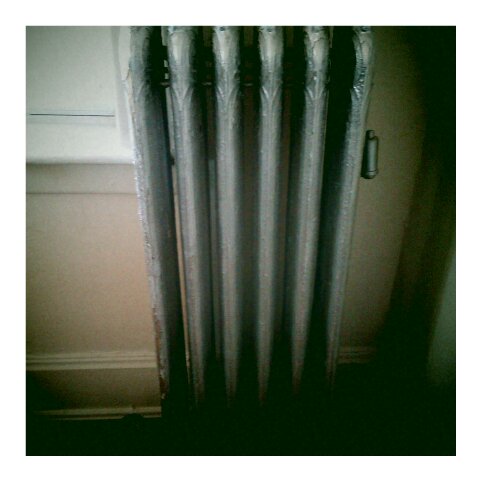 The building is heated with radiators. I was really excited about living in a building heated by radiators when we first moved in because I tend to feel cold all the time, and radiant heat said to me “This building will be hot all winter long, in fact, you may very wastefully decide to open the windows in the middle of January to bring it back down to a comfortable temperature.” This turned out to be not the case. Our building is chilly all winter long. But, in addition to the radiators, all the units are also equipped with a gas fireplace. This allows us to give our apartment a warm glow on cold winter’s nights. 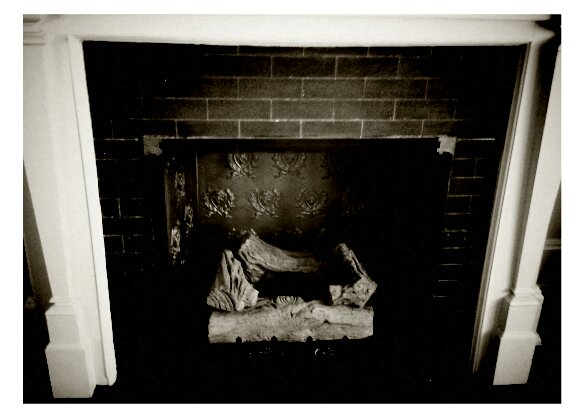 Being conscientious about our energy use, we do try to limit our indulgence in the use of the fireplace to nights or weekends when it is quite cold outside.  The chill in our apartment generally isn’t too bad unless the temperature outside drops into the teens or below. We plastic over our windows to keep the drafts at bay. And, since we live on the top floor, we also get to reap the benefits of our lower level neighbors using their fireplaces. When we do use our fireplace we close all the doors to the kitchen, bedroom and bathroom so that we’re only heating up the living room and dining room.

We also try to be pretty conscious of the electricity we’re using as well. Admittedly, Husby is much better about this than I am. But generally, if we’re not using it, it’s off. And in many cases, not just off, but also unplugged. Unplugging our electronics prevents them from drawing phantom loads even while they are off.

Southeast Michigan is supplied its gas and electricity through DTE. DTE offers a program called Green Currents, which Husby and I have opted into. Basically, we pay a little extra per kilowatt-hour to get our energy from renewables rather than from coal and drilled natural gas.*

Currently in Michigan, the Green Currents program gets about 90% of their energy from bio gas, and 10% from wind power. Our energy costs a little bit more than it would if we weren’t a member of the Green Currents program, but spending the extra dollar or so each month helps us tell DTE that it is important to us that they continue to invest in renewable energy solutions, as well as helping to reduce the overall use of fossil fuels in Michigan. It’s one of the ways that Husby and I choose to vote with our dollars.

*Being a member of the Green Currents program does not necessarily mean that the exact energy that we are using comes from bio gas and wind power, as these energy sources are currently limited by geographical area. It means that for every kw-h of energy that we use, DTE is supplying that much energy in bio gas and wind power to someone who lives in the areas that have access to these sources. It’s a matching program.