As another wave of sub-zero temperatures weaves its way through the northern parts of the country, I thought it might be a good time to write about ice. And in particular how we deal with melting ice on roads and sidewalks. 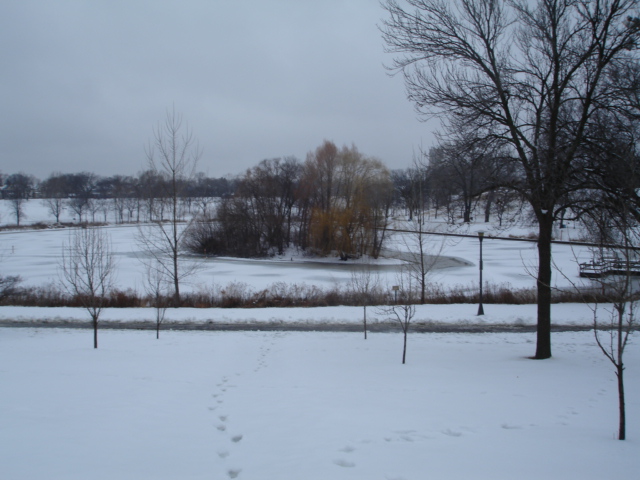 Salt lowers the freezing temperature of water to about 15° F. So for us here in Wisconsin, where the average winter temperatures are in the teens and twenties, salting the ice on the roads and sidewalks gets them to melt, providing safe walking, running, biking, and driving surfaces for many months of the year.

However, salt is quite harsh on the environment, both man made and natural. It contributes to car rust and damages footwear (my poor boots!) and has a habit of getting everywhere. As the ice and snow melt and the water runs into the street drains, that salt is carried into our waterways. Increased salt levels in lakes, rivers and streams affect fish and aquatic plant life. Increased salt levels in the watershed affect drinking water quality, having both taste and health effects.

As you’ve probably experienced, too much salt makes you dehydrated. Well, it’s the same for plants. The salt that doesn’t wash down the drain after melting ice (or get tracked into your house) stays on the soil and dehydrates the grass, trees and shrubs living there. In addition to making the plants thirstier, salt can also cause root growth damage, making it more difficult for plants to get the water they need in the first place.

You can learn more about the environmental effects of salting the roads here.

Based on the amount of salt my apartment management uses to salt our sidewalks, one would think that you need enough salt on the ground to completely cover the ice. However, a little bit goes a long way. A handful of salt is enough to melt a square meter of ice coverage. And using more than that doesn’t speed up the melting process.

Sprinkling salt on your walkway before the snow falls can help the ice melt faster (or not form) while using less salt in the process.

Mixing the salt with water and spreading the slurry on the ice will help keep the salt where you want it, and also allow you to use less salt to melt the ice.

So what can be used instead of salt that will have less negative effects on the environment?

Sand  is good for traction on the roads, and sidewalks. It also absorbs sunlight, which can aid in faster ice melting.

Clay granule kitty litter can also be good for adding traction to icy surfaces. Be aware that clay is frequently strip mined, and that carries a whole other set of environmental consequences.

There is also a product called EcoTraction made from volcanic material that is supposed to be extremely effective at providing traction on the ice and is eco-friendly enough that it can be swept right into your lawn after the ice has melted.